my last few days in Chennai passed quite quickly, I had a Saturday flight booked for 530 AM and didn’t bother to pack until I finished work on the Friday.I had my (hopefully for a long while) last meal in the hotel restaurant, a few drinks and dozed until it was time to leave.

The car journey was uneventful and I was one of the first people on the plane.

Sadly, my company doesn’t want to pay for club seats, so it was premium economy on the flight, which is fine in every regard except the little matter of the toilets. Premium economy pasengers have to use the economy toilets, which on most flights isn’t probably an issue.

Here’s the thing, a LOT of Indian air passengers don’t know how to:

At one point, I opened a door to find a woman hawking and spitting into the sink and also had the joy of watching a steward trying to explain to somebody already inside the toilet how to lock it. He eventually gave up and locked it from outside. He then gave me a despairing grin and said “I’m blaming you, this is your fault”, before sighing deeply and walking away.

The staff were obviously stressed and I was grateful for the stewardess who topped up my gin with unfailing regularity and I passed the flight in a state of medication.

I spoke to the friendly steward again as I left the flight, telling him I was glad to be back; he rolled his eyes and said “you’re glad, how do you think we feel”?.

Saturday and Sunday passed fairly easily, although it was strange being back in my own bed for a change and not having hotel noises all around me.

Then Monday was the big day.

Would I stay on the FuckedUpProjectOfDoom or would I leave?

After a very short discussion in which it transpired that the goalposts were not just moving, they were emigrating to Australia and demanding maintenance; I agreed to write a handover report and leave.

A very pleasant leaving drink took place on the Tuesday night; along with a stay in possibly the worst hotel in London, if not the whole of the UK. – (Take a bow Fitzrovia Hotel, burning the whole fucking place to the ground would be an improvement) and I produced a fairly lengthy report that I suspect will get buried in a nuclear bunker; before wandering off grinning.

Wednesday night, I picked up my festival buddy and we set off for Dover and the four-day combined pissup and Rock  Festival known as Graspop.

The coach arrived about 30 minutes early and the ferry journey across was uneventful – and so we started our coach journey to Turnhout in Belgium.

The drivers were fantastic, professional, knowledgable and good humoured. Even when some of the stupider elements on the coach got back on after a 90 minute ferry journey so pissed that they couldn’t walk…

We arrived in Turnhout at 11ish on Thursday morning and because the rooms weren’t ready, decided to leave our travelling companions to squabble and queue in the hotel and wandered off for beers and an early lunch. 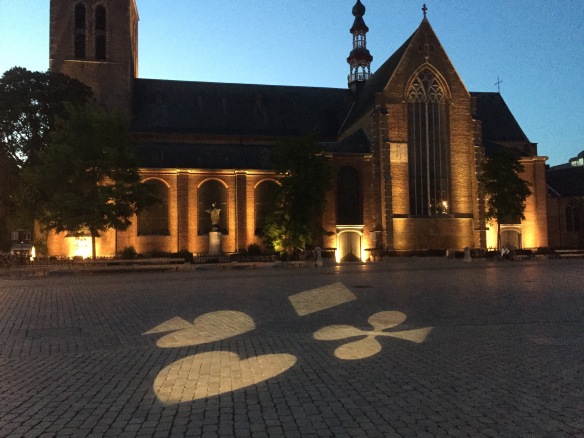 Turnhout was a most unexpected and very welcome surprise.

It’s a beautiful little town, thirty minutes from Antwerp and  fifteen minutes from Dessel – where Graspop is held. 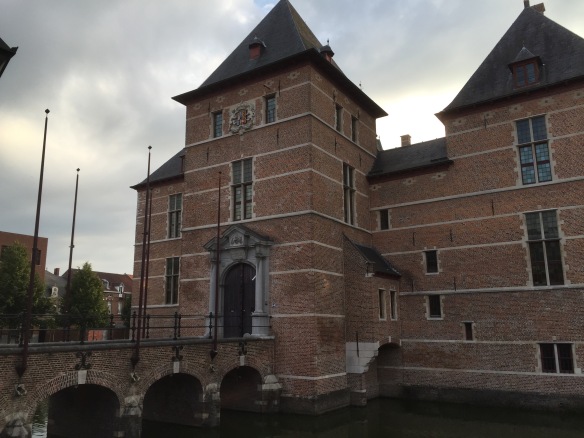 There are a number of  bars and restaurants and dinner was in an excellent Italian restaurant just on the main square and opposite the church. Our waiter managed to combine being incredibly pretty and charming and was unbelievably attentive without being cloying – no easy trick..

As a little extra, he served up some Carolina Reaper Chili powder – currently the world’s hottest chili and the waiting staff seemed fascinated as we mixed it with olive oil and added it to our meals.

It was a great meal and a good start to what turned out to be one of those weekends that linger in the memory.

On Friday morning, we boarded the coach for the short and pretty journey to Dessel and arrived in plenty of time to suss out the payment mechanism for food and drink before hurtling off to watch the first band of the day – The Dead Daisies.

For a band you’ve probably never heard of, they’re an awesome band with an amazing pedigree. http://thedeaddaisies.com/line-up/ .

They were also the first band to do a signing and seemed pleasantly surprised to see a Dead Daisies T Shirt, which the whole band duly signed. 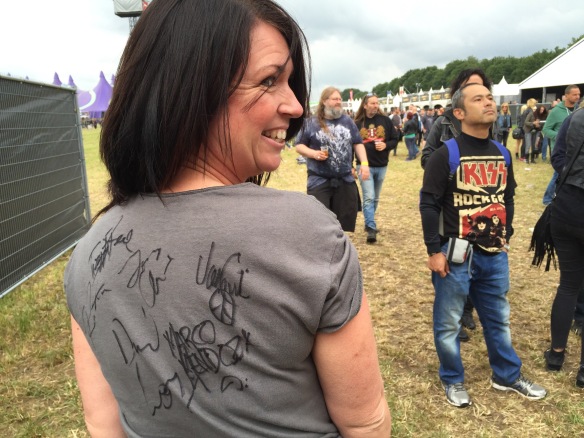 They were nice guys and very generous with their time. Marco Mendoza insisted on kissing me full on the lips,the  filthy deviant.

Slash was on later in the day and my 21 year old Guns N Roses tor T Shirt aquitted itself well, despite being older than half the crowd. 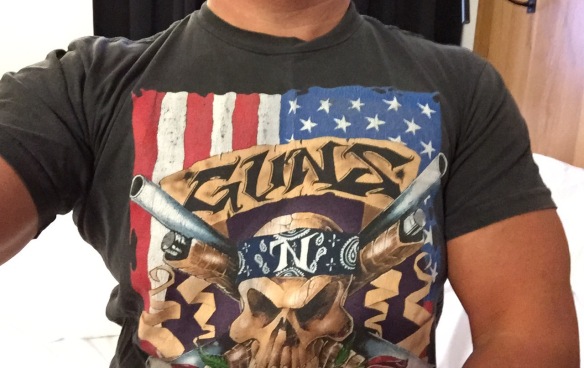 There were a few good surprises, an excellent beer tent with dozens of video screens and regular appearances by the Lounge Kittens – clever, sexy and very, very funny.

Kiss were the second headliners and managed to turn a buzzing crowd into something restless and bored, when their (fucking useless) lead singer went across the crowd on a zipwire, he was pelted with bottles from all sides.

Marilyn Manson closed the show, but wasn’t that wonderful as a live artist, although his songs are amazing.. And the single most memorable moment for the two of us that day occurred when we somehow got into synch while walking along to his “third day of a seven day binge’ playing in the background.

Something about the way we were walking seemed to worry people and a path cleared with people giving us a wide berth of ten metres and more as we ambled towards the exit.

Saturday was more of the same, with standout performances by Alice Cooper, Arch Enemy and Slipknot.

It was the first time I’d ever seen them play and they were awesome musically and visually, with a performance that still sends chills up my spine.

On Sunday I had an early chat with the coach drivers, gave them both a tip to say thanks for their professionalism and humour and agreed that although we wouldn’t bother to go to the concert; they’d reserve front seats for us on Monday for the return journey.

We then had a wander around Turnhout, a lovely lunch in a bar and another amazing dinner in the Italian restaurant, washed down with Belgian beer and a lovely bottle of Amarone. 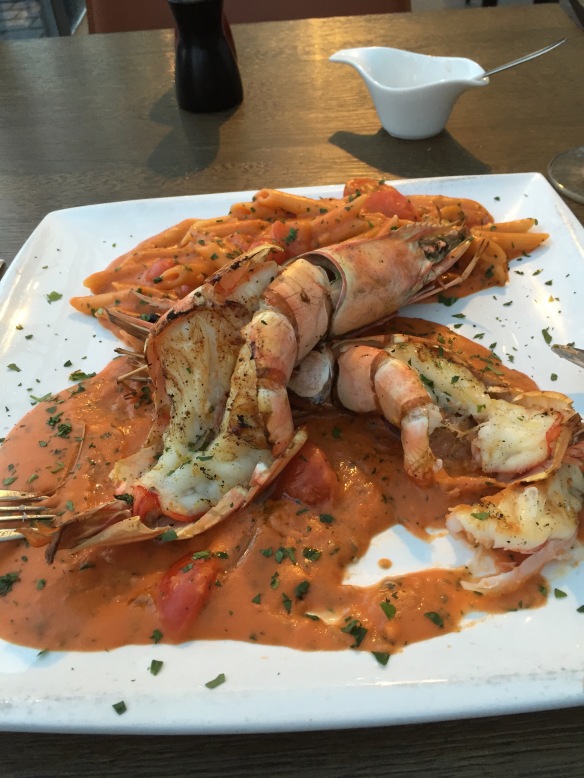 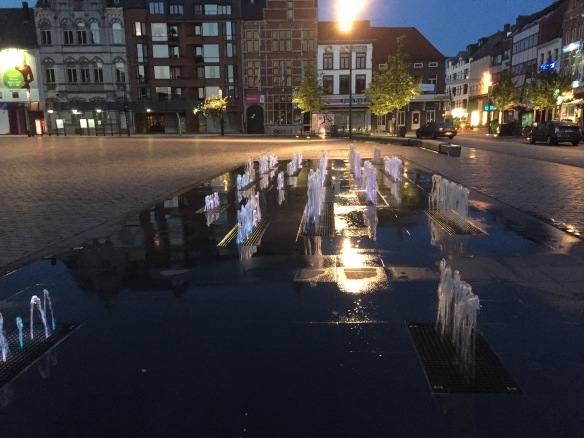 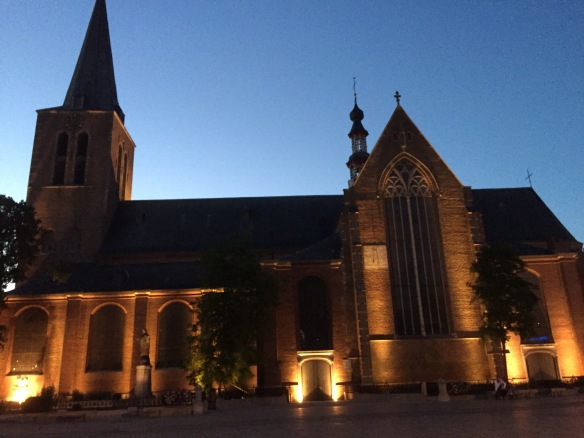 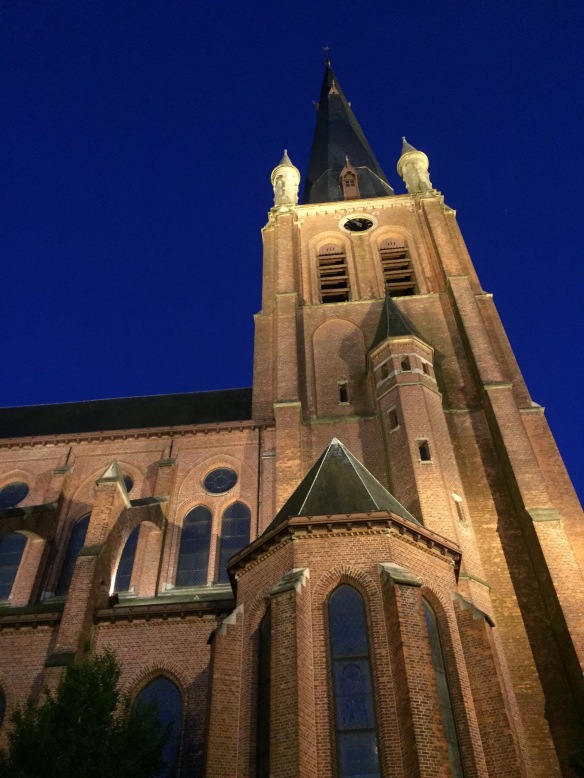 It was the perfect way to finish the weekend and I didn’t feel guilty in the least for not going to Graspop for the final day.

The trip back on Monday was smooth and we missed the riots in Calais by one day, arriving back in the UK in the early evening.

It took less than fifteen minutes to catch the coach up on the motorway after picking the car up at Dover and we exchanged friendly abuse with the drivers before I sped off and left them behind, feeling a bit sorry for the drivers having to put up with the stupidity and the smell all the way to Liverpool.

All in all, it was just what I neeeded to get my head back into the place it needs to be and I’m writing this as I sit outside a pub in Birmingham, not yet assigned to a role, but getting paid anyway.

Life’s good, I have some challenges and some things that I need to sort out as soon as my job (new role) situation is clear but I’m happy and will probably blog on the horrors of mowing a massive lawn with a hand-mower shortly.

It’s great to be back.