The weather has changed a lot this week, from incessantly blue skies and sunlight so hot that it actually feels like an oppressive physical weight; we’ve gone to black skies, torrential rain and Thunderstorms.

I like the storms, I’ll happily stand in the rain and dare the lightning to do its worst. Given that I did that on a hotel roof this morning – while standing in a swimming pool may say a little too much about either a sense of invulnerability or a death wish.

Your guess is as good as mine on that – I’m leaning towards the former though.

I had a dream last night, more of a nightmare really.

I dreamt that I was working thousands of miles from home on a job that I’m massively overqualified for and that is ultimately pointless.

I woke up disoriented and scared, had a little cry and then went back to sleep.

Yesterday was a strange day, a mix of tedium and annoyance in equal measures, with an amazingly bizarre incident happening in the hotel gym after 9pm.

I’m glad to say that I’ve been working out a lot lately and that I can fairly easily do pull-ups and a complicated form of press-up without looking too stupid.

Because as I was working out alone in an empty gym, a group of locals at a conference came in and started watching me.

Being the shy person I am, I just notched up the music and tried to make it all look just a little easier.

Then a couple of them tried lifting the same weights or using the same equipment as I moved through a circuit – annoying and still amusing as the pin was quietly moved to a lower weight when they thought I couldn’t see.

One of them actually took a selfie with a pathetically low weight while still wearing his work shirt, grinning at the camera as if he’d deadlifted a car..I was stifling giggles for ages.

A fairly boring dinner followed and I fell asleep to the sound of distant thunder.

And in my second dream.

I was back in the little parallel universe that I created a few months ago; but it was different.

It was weirder, slightly broken, the sky seemed fractured and the stars hurt to look at them.

The keyboard still stretches on for ever, but strange shapes flit at the corner of your vision, moving as if they’re trying to hide from view.

I heard a familiar booming laugh and a blinding light flashed in synch with the laughter.

It was the dog, he’s been trying on his new godhood and I think he rather likes it.

Over a thousand people follow him now, which doesn’t sound like a lot, but how many people do you know that really  believe in Jesus.

I have to say, it suits him, he looks Magnificent  – he’s the same size as he always was, but he glows. His eyes are painful to look at and he has a weird sort of presence, it’s almost like he’s the centre of a dog-shaped black hole that is much bigger than the physical space it occupies.

We had a quick catch-up, he’s been busy it seems, mostly pissing on temples of other gods and leaving a bit of a metaphysical piddle problem for the priests to deal with.

He told me a story from his Valhalla days about a green-eyed shield maiden and the nature of leadership and I’ve promised to add it to his story at the weekend.

Then he showed me what he was laughing at.

I’d created a world, but I didn’t put any rules and restrictions around it, so although the gerbil couldn’t get out of performing and failing the task; he could do something about the spider monkey and the constant smacking around the head that he received.

Being a sneaky little fucker, he knew that he couldn’t appeal to Shiva or the dog, both of whom have a nasty sense of humour, but he could go to somebody who might just help him out for fun and to get back for a few missed nights because of booze and fucking shit up .

She managed to get in through a crack in the fabric, creating a hole that moves and swirls, never in one place long enough to get a view of what’s on the other side.

And so the gerbil’s prayers were answered  – after a fashion

He wanted support and reinforcements in numbers, he didn’t want to be a gerbil anymore and he wanted to get that fucking spider monkey and give him a daily thrashing.

You need to be careful with the gods.

The dog danced and grinned as he told me the story, lightning flashing from his eyes, illuminating the keyboard and a very pissed off spider monkey who was strapped to the spacebar.

And being slapped around the head by an almost endless succession of lemmings.

The gerbil was still recognisable somehow, he just looked different to the other lemmings, a little more cynical and bowed under by the weight of the thing that he’d done. 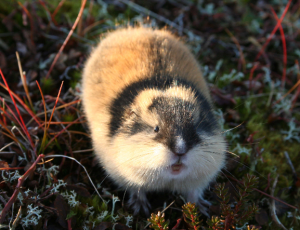 Oh  – he was the only lemming who jumped the queue to give another slap to the monkey.

But the basic rules of the universe hadn’t changed, he still needs to complete the task in front of him to move on and to get back to his life.

And there’s a million gerbils all jumping over the keyboard at random intervals.

He’s fucked –  and my universe is now more chaotic and ridiculous than it ever was.

I confess that I laughed at this, a multitude of gerbils all doing the same thing because the one in front did- too close to the problem to see that they are the problem.

Doomed to trudge on the keyboard for ever.

Still, they could whack the spider monkey about; so that’s progress of a sort I suppose.

I watched for a while, lost in the spectacle of stupidity before me – and then…..

I heard the booming laugh again and saw the twin flashes of light.

The dog grinned at me one last time before buggering off to annoy some Buddhists.

I woke up with a start as lightning flashed outside the hotel.

I could swear that I saw huge glowing eyes and a big grin etched across the sky.

2 thoughts on “March of the Cyber-Lemmings”